Welcome to VOKRadio, Voice of Kurdish-American for Democracy, Peace and Freedom, is an independent Kurdish-American website and podcasting, news publication with a main goal of providing the most up-to-date resourceful and insightful news, analysis and viewpoints regarding the Kurdish-American, and the Kurdish people across the globe, dedicated to the political current issues and the cultural heritage of Kurdistan

For Kaboudvand; Defense of Human Rights is Not a Crime

Defense of Human Rights is Not a Crime

Concern citizens of the world, heads of state, diplomats and fellow human rights activists, we seek your immediate attention. Please raise your voices and help secure the immediate release of Mr. Mohammad Sedigh Kaboudvand who is in critical condition and needs urgent medical care. 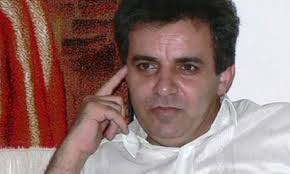 Mr. Kaboudvand is a prolific writer, a renowned peace-seeking advocate for human rights, and currently a prisoner of conscious in Iran’s notorious Evin Prison. He is the founder and president of the Human Rights Organization of Kurdistan (HROK) and the director and chief editor of the currently banned bilingual Kurdish and Farsi weekly Magazine “Payame Mardom.” He spearheaded the human rights movement in Kurdistan. Today numerous political analysts and experts in Iranian political affairs consider Mr. Kaboudvand the father of human rights in Kurdistan.

Mr. Kaboudvand was deeply knowledgeable on the principles of human rights, had a keen understanding of the issues and concerns of the Iranian people, and possessed insight into the potential and capacity of the Kurdish region. He organized and led a network of highly active civil rights activists to educate the public on human right violations in Iran and Kurdistan. Between the years 2004 and 2007 Mr. Kaboudvand and his network of activists recorded, investigated, and broadcasted human rights violations in Iran and helped disseminate this information to the world. They created numerous campaigns to defend human right activists and prisoners held captive without due process.

On July 1st, 2007 Mr. Kaboudvand, presumably due to his activism for human rights, was arrested and held in solitary confinement in Section 209 of the notorious Evin Prison, Tehran Iran for many months. He endured torture and maltreatment without any charges being filed against him. In October 2011 The Tehran Islamic Revolutionary Court Branch 15 accused Mr. Kaboudvand of being a threat to Iran’s national security. These allegations were made directly due to Mr. Kaboudvands work for the organization he has founded HROK. The court sentenced him to 10 years imprisonment. Furthermore he was accused of spreading propaganda against the Islamic Republic of Iran by advocating on behalf of prisoners in Iran, communicating with international human rights organizations regarding human right violations in Iran, sending letters to Kofi Anan, the former Secretary General of the United Nations, and granting interviews with international media. They sentenced him to an additional year of imprisonment for this charge for a total of eleven years of incarceration.

Upon appeal, Tehran Islamic Revolutionary Court Branch 56 Appellate Court upheld the lower court’s ruling of 11 years imprisonment for Mr. Kaboudvand and he has since been held under inhumane conditions.

In the nearly seven years of imprisonment, Mr. Kaboudvand has been subjected to psychological and physical torture. As a result he has suffered from severe medical ailments for which he has been denied care. According to Mr. Kaboudvand’s lawyers and wife, he has suffered from heart disease, several heart attacks, and a prostate disorder. His condition worsened to the point that in April 2008 he suffered an acute stroke and was taken to a specialist for treatment. Doctors declared that Kaboudvand must be treated immediately in a speacialized hospital and heart surgery and prostate surgery must be performed. Despite the professional advice given to authorities of the Islamic Republic on this issue, and the outcry and condemnation of his treatment from around the world, the authorities have thus far denied Mr. Kaboudvand medical care.

Several times Mr. Kaboudvand has gone on hunger strike, once as long as two months, to protest his conditions and request temporary leave to seek medical care. The prison authorities, who are under the direct command of the judiciary branch of the Iranian government, have deliberately neglected the vital demands of Mr. Kaboudvand and his supporters.

The authorities have told Mr. Kaboudvand that he must seek forgiveness from the Supreme leader of Iran. In response Mr. Kaboudvand maintains that he has not committed any crimes and asking forgiveness will further violate his rights.

Before her own arrest and incarceration, renowned human rights attorney Nasrin Sotoudeh was Mr. Kaboudvand’s lawyer. She said that “the most difficult conditions ever imposed on a prisoner have taken place for Mr. Kaboudvand.”

Mr. Kaboudvand is not the only ill prisoner in the prisons of Iran. Lack of medical treatment, torture, and neglects have caused death and disability among countless prisoners.
Unfortunately, the general neglect of prisoners’ rights and particularly the lack of medical treatment in prisons of Islamic Republic have been implemented as torture methods to pressure political prisoners to express regret and forgiveness for their alleged “crimes.”
Mr. Kaboudvand has continued his steadfast and uncompromising advocacy while incarcerated. Despite the harsh conditions of his imprisonment and poor health he has remained active. He has written articles and poignant messages of support to Kurds in Turkey and Syria on their plight for democracy. He has remained up to date on current events and written on the need for peaceful diplomatic resolutions to conflicts in the region. He has provided insightful analysis by offering federalism as a model to resolve ethnic tensions. He has written about the need for a systematic and complete reform in the Iranian political system and has stressed the need to use non-violence as a means to accomplish this. He has expressed the need to use the Declaration of Human Rights as the foundation for a new system in the region.

The accusations directed at Mr. Kaboudvand and his subsequent maltreatment, torture, and imprisonment have been condemned almost universally by the international community. Throughout the last seven years, many human and civil rights organizations, including but not limited to, Amnesty International, Human Rights Watch, The International Federation of Human Rights (FIDH), and Reporters without Borders have voiced their concerns and demanded the immediate release of Mr. Kaboudvand.

It is important to note, that in almost every speech and report released by Dr. Ahmed Shaheed, the United Nations’ Special Rapporteur on the human rights in Iran, ‏Mr. Kaboudvand’s conditions have been directly addressed. Furthermore the European Union’s commissioner for human rights has also demanded the release of Mr. Kaboudvand. The Canadian and the US State Department have repeatedly voiced their concerns for Mr. Kaboudvand.

On April 27th 2012, in a press statement, the US Department of State’s Victoria Nuland called on Iran to release “all political prisoners”, but expressed particular concern for Mr. Kaboudvand’s deteriorating condition.

On May 3rd 2012, which coincided with World Press Freedom Day, the US State Department spokesperson once again highlighted Kurdish-Iranian journalist Mohammad Seddigh Kaboudvand. Victoria Nuland spoke of him at a press briefing:

“Kaboudvand was reporting on torture in Iranian prisons — and now finds himself in one himself — and also on human rights abuses against Iranian Kurds. In 2008 he was sentenced to eleven years in prison for acting against national security and engaging in propaganda against the state.”
The human rights community has recognized Mr. Kaboudvand by nominating him for the Noble Peace Prize to the Noble committee two years in a row. The nominations have come from well-renowned intellectuals, scholars, activists, politicians, artists, and ordinary concerned citizens who all recognize Mr. Kaboudvand as a symbol of peace and friendship among people.

Mr. Kaboudvand’s work before his imprisonment and advocacy since his confinement has led him to be named the recipient of several prestigious awards such as the International Journalist of the Year at the British Press Awards in 2009. Mr. Kaboudavand was a highlighted writer for the 2008 observances of the Day of the Imprisoned Writer by Amnesty International. Amnesty has designated him a prisoner of conscience, “held solely for his human rights work and the peaceful expression of his views.”‏ Human Rights Watch gave their 2008 Hellman/Hammett grant, awarded to persecuted writers, to Kaboudvand.

For years now, well known individuals, heads of state of many nations, artists, concerned citizens of the world, and human right activists/organizations have called on the Iranian government to follow the rule of law and provide political prisoners with their rights to a defense, with better conditions and visitation rights. These calls have fallen on deaf ears. Often in response the authorities have made conditions worse.

Today in the face of the silence echoing from Iran, we ask that heads of states and diplomats use their positions to pressure Iran to protect human rights. We ask that human rights not be neglected in negotiations with the Iranian government.